Predicting the oil prices is a hundred million dollar question; in literal sense, it’s a game of billions of dollars. This is one of the most difficult tasks, given that there’re too many variables and moving parts on the economic, and more so, on the political fronts. Market punters are not willing to take a view for longer tenors and quote forward rates for larger volumes beyond 2/3 months. The recent phenomenon is surely more political than otherwise.

The similar situation was witnessed almost 30-years back, in 1985-86 when there was over-supply situation whilst demand, and hence prices, remained subdued. The meaningful difference this time round, however, is the enhanced world storage capacity availability – 85 million tons.

Therefore, as a side note, the storage in the oil sector remains the single biggest business opportunity for the investors, particularly in Pakistan, as that would determine the energy security levels and dependence on the international oil supplies and the price volatility in future.

Whatever the case maybe, the fact of the matter is that the oil price movement is largely dependent on the global politics. This is also a fact that the US is driving the world politics, and their future actions will drive where the prices will settle. The dependence of USA on the middle eastern, more specifically Saudi, oil is minimal – merely 16%. This was all achieved in a very strategic way in the last decade by the administration of USA – imposing ban on exports, focusing on indigenous E&P activities (shale, case in point) and enhancing the storage capacities. Resultantly, in 2010-11, the total indigenous production over took
the imports which stands at over 60% now.

This development helped USA in driving the global foreign policy more effectively and efficiently; more importantly without violence. In this back-drop, will try and assess, in the write-up, where the oil prices are likely to settle in 2016 and beyond. The fact is that the elections in USA will also play a major role in driving the world politics and; therefore, the international oil prices. This is very obvious that the two main competing parties for the White House have very divergent strategies to handle the world politics – Republicans more force-driven; whilst Democrats are more economic supremacy- driven. The results of surveys towards elections at the end of the year will be key in this context. USA has enough cash reserves and economic & financial strength to withstand any losses in the interim, until the oil prices settles down to their advantage, to ensure that they keep a good balance between the level of oil prices and the global politics. On the international political front, Iran is playing ball and toeing the line of the west. President Rouhani’s strategy to mend fences with the west, and to open-up the Iranian economy, seem to having gotten formal endorsement from the Iranian public, as witnessed in the most recent elections in Iran.

This strategy is coming in the backdrop of Iran’s desperation to get integrated in the international market-place. Despite provocations by Saudi Arabia, in the aftermath of Sheikh Nimr’s execution and the attack on Saudi Embassy in Tehran, Iranian administration handled the situation very well. Thus, it helped in keeping the temperature low in the middle eastern politics. Iran had been strolling cautiously in the current environment and would never like to rock the boat with the west, particularly USA, at this stage.

On the other hand, the fate of OPEC and its influence on the oil prices is hanging in balance. OPEC, particularly Saudi Arabia and Russia, surely exerting pressure for the cut in the output; however, Iran remains the loose cannon in the whole equation. This is Iran’s much awaited opportunity to grab the larger market share, particularly, from Saudi Arabia due to traditional economic and political reasons, which they have been losing out on for the longest time due to broad based sanctions. Iran surely has the location advantage, as at least four out of the five largest global importers of oil have closer geographic proximity with Iran than any other middle eastern exporter.

OPEC also don’t want to reduce the output as they could result in the risk of fall in OPEC’s market share, hence influence on the international oil prices, especially Saudi Arabia losing out to Iran, if Iran decides to go down its own way, which has very strong likelihood. Under this situation, the best option for OPEC was to decide on freezing output at the existing levels with the possibility that any further storage will either not be available or further storage will become so costly that it would not be feasible for the countries to store any further. Therefore, that would result in the gap between supply and demand to squeeze, and gradually there will be a happy medium. This is not a bad strategy, under the given circumstances, but still need to be tested. In this strategy, the action of Iran and USA still remains the key.

USA has already lifted ban on the export of their oil after a decade. This decision is hanging as Sword of Damocles on the main oil exporting countries, currently at the receiving end, basically Saudi Arabia and Russia – as that could mean that USA can pump in oil in the international market and determined the international oil prices at their discretion. This aspect reinforces the hypothesis above that USA is managing the world politics thru the oil prices. Interestingly enough, USA has not just achieved the reduced dependence on the middle eastern oil but has gone to another extent whereby USA can supply the oil in the international market to control the oil prices and thus control the international, middle eastern politics. On the other hand, Russia in the recent times have suffered big time, due to the significant decline in oil prices, which of course, kept Russia in check for taking any extreme action in the Middle East vis a vis Syrian conflict. The Russian Ruble has devalued more than 27% in the last 10/12 year. This is probably the highest devaluation that any country has faced in this prevailing oil price volatility.

Russia and Saudi Arabia have kind of formed a block in OPEC to control the output. However, hitherto, this duet has not been successful in making a dent on the prices, as such. The most important aspect is the fiscal deficit levels of Saudi Arabia, which was 21.6% last year and is budgeted for 15% in 2016. However, given the realities on the ground and the prevailing odds, it’s estimated that the fiscal deficit will settle between 17.5% and 20%. This is despite the new taxes been introduced and the planned Privatization of Aramco and the Airports. The most concerning fact is that in order to meet the fiscal deficit of Saudi Arabia, the oil prices must be over $100 per bbl. This is a very significant number and will act as a drain on the already under-pressure cash reserves of Saudi Arabia, which stand in the range of $625bn, drained by around $150bn in the last year alone.

This is indeed a very significant development in the overall scheme of things, and in the context of middle eastern politics.

Given the above dynamics and to assess where the oil prices are likely to set-in, one need to understand the pricing of the sources from where USA is meeting its energy needs. There’re two main oil sources for USA – Shale and Canada. More so Shale than Canadian Oil Sands actually, as most of the energy needs of USA are met through indigenous sources, which will become more so in future by design, where Shale stands way more important, and most promising, given the quantum energy requirements of USA. If one look deeper into the E&P costing of these two sources, some revealing facts come to light which may help in assessing where the international oil prices settle in 2016.According to Rystad Energy & Analysis, the average E&P cost in Canada which is predominantly Oil Sands based is around $88 per bbl whilst the E&P cost of Shale is $62 per bbl. The average E&P cost of onshore middle eastern oil is around $25 per bbl. If one takes into account the IRR of
these E&P sources then the average break-even/ comparable cost of E&P works out to be $40-45 per bbl. This is the price at which the international oil prices should settle down in 2016, barring if anything radical happens in the run-up to the USA’s Presidential elections. Coincidentally, my assessment is in-line with oil futures market, which is quoting, as of February 29th 2016, a future rate of $40.54 by the year-end, albeit at low volumes. As I said earlier, taking a position on the future oil prices with so many unknowns is a highly risky proposition for the market players; hence, low trading volumes. The oil prices may start picking up further in 2017 and onwards; however, that would all still, of course, depends on too many moving parts, in particular how the international politics pan out, available room in the global storage capacities, penetration/acceptance of Iran in the international markets, to mention a few factors. These’re most interesting times, and the projections on oil prices above are happened to be in complete contradiction with many analysts across the globe, including the World Bank. However, let’s see how things shape-up, eventually. 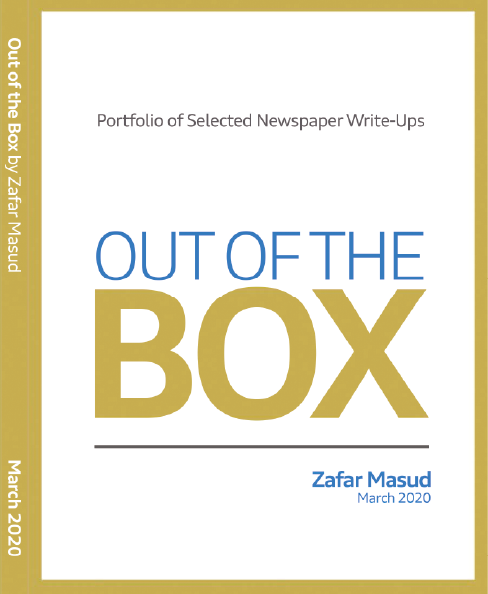